Today is Spring Equinox, the day the sun rises and sets at exact east and west, the day when the northern and southern hemispheres are bathed in equal light. By the Celtic calendar, this is mid-Spring, halfway through the season. From this point on, the light will continue to grow until we are drenched in sunlight at the Summer Solstice.

Today, we bask in both solar and lunar energy. The full moon – so beautiful and bright this morning! — is in Aries/Libra, bringing an extra charge of balance and moving forward.

The sun symbolizes our consciousness, how we “show up” in the world. The moon is our inner world, and the full moon brings light to our innermost chambers.

At this powerful solar and lunar moment, take time today to balance and re-align. For some cultures, this is the new year; treat today as a beginning. Allow the light of the moon to shine in all the spaces deep within you. The sun, rising in exact east and exact west, shows our true path. Check your internal compass—is it true? At this time when shoots are thrusting through the earth and leaves begin to sprout, do you know what you want to cultivate? Is your cultivation in alignment with your true purpose?

We may not know the answers, but open yourself to the powerful energies of this day. Allow the sun and moon to guide your thoughts. I pray today for clarity for us all—may the pathways open, and may we feel true in each step.

Brightest Blessings to you at the turn of the wheel — Anne

Today is Spring Equinox, the day the sun rises and sets at exact east and west, the day when the northern and southern hemispheres are bathed in equal light. By the Celtic calendar, this is mid-Spring, halfway through the season. From this point on, the light will continue to grow until we are drenched in sunlight at the Summer Solstice.

No matter the weather and temperature outside, the sun is stretching its life-bringing light over more hours each day. In the last week, more “seeds” have sprung open, more “shoots” have pushed their heads into the daylight, and more “flowers” have bloomed. This growth spurt can be exhilarating and dizzying.

Take time today, in this moment of balance, to re-align yourself. Is your internal compass true? Take a look at all of the green shoots sprouting in your life. They won’t all come to fruition, and some might crowd what you’d rather have bloom. Consult your inner compass and decide what needs to go to make way for the new. Use the energy of the season for a bit of spring cleaning, within and without.

Brightest Blessings to you at the turn of the wheel — Anne

More about Spring Equinox: Spring Equinox is often called Ostara, or Eostre, named for a goddess of Germanic origin who is the namesake of Easter. For the Northern Hemisphere, Spring Equinox is Mid-Spring, signaling the height of the season, occurring at 1° Aries in Tropical system. History and ritual ideas: http://www.schooloftheseasons.com/spring.html . 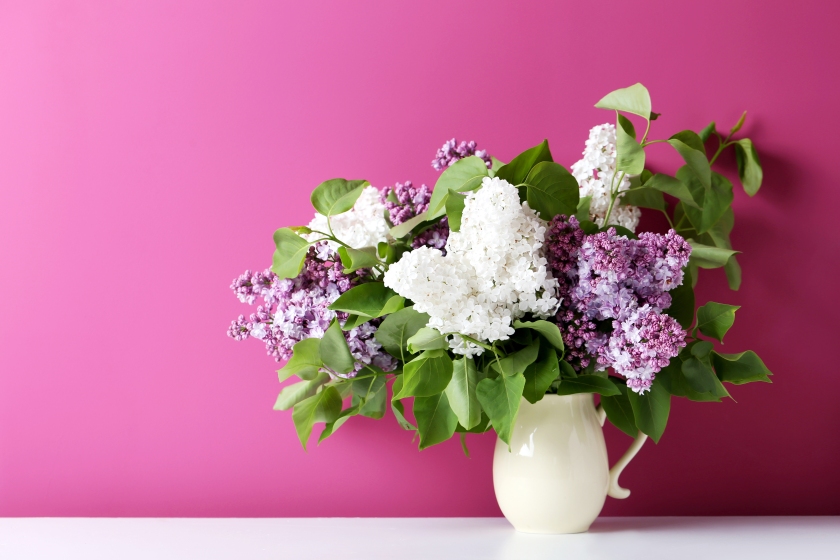 I had a lovely chat with a dear friend recently.  She was lamenting about her work at as a catering assistant.  She longs to do meaningful and significant work in the world.  She encountered a situation during a very elaborate expensive event where the man who hired the catering company had a meltdown and was quite ugly with the waitstaff.  She was feeling powerless and very bad for her colleagues.  But what I recognized in her was her ability to stand in grace and caring during a difficult situation.  She could bring love, blessings, a gentle spirit and a calming influence to time when no one else seemed to able to garner those qualities.

I think it’s the same for all of us.  No, we usually don’t do amazing, big or monumental things in the world.  But we can do small, meaningful and loving things as part of who we are and what we do.

I love this quote by Helen Keller:

We are the vessels of change in this world, and mostly in small but important ways.  For me, it’s what I call being an agent of transformation.  It’s how I try and walk in the world, it’s gives meaning to my interactions and my work.

Here’s hoping you have a wonderful pre-Thanksgiving week manifesting your Presence in the world.

Are you looking for a support on your Priestess Path?  This is a wonderful resource, full of history, personal stories and a tool kit for your path.  Stepping Into Ourselves 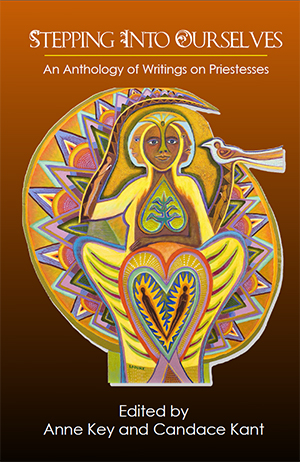 Genevieve Mitchell is a Partner with Goddess Ink Publishing.  She is a Priestess, a Seeker, a Flower Essence Practitioner, a photographer, a socially responsible  investor, a mother, a grandmother and a devotee of God/Goddess/Divine/Spirit. You can contact her at genevieve@goddess-ink.com.

For more information and to follow Goddess Ink Blog visit www.goddess-ink.com  or visit us on Facebook at https://www.facebook.com/goddessinkbooks/.  Also, please sign up for the Goddess Ink Newsletter for a monthly dose of inspiration.

Sometimes I don’t even realize I am wounded. There have been many times in my life that I have known that I was wounded and sought healing from divine beings, and for those healings I am eternally grateful. But there have also been times when I was healed eventhough I didn’t even realize I was wounded, and the healing from such moments is truly exquisite grace. This happened on my last two visits to Mexico.

In the summer of 2016, Veronica Iglesias and I lead a tour to Mexico City. Part of this tour was visiting the lands and monuments to thirteen Nahua Goddesses. Veronica took us to a site that I had never visited before, Xochitecatl. From about 700 BCE to 900 CE, and even beyond into the Colonial Era (after 1697 CE), this beautiful ceremonial center was dedicated to women’s rituals, and the energy of the Goddesses Xochiquetzal and Chalchiuhtlicue infuses the land with beauty.

Though I have known of Xochiquetzal for many years, I did not consider myself a devotee. However, when I look over my life as a belly dancer, burlesque performer, priestess, feminist, academic, and general lover of flowers, colorful garments, jewelry, and all that brings beauty to the world, I can see Her touch in my life at every turn. That afternoon at Xochitecatl, She came to me and began a healing of what I had not even realized was wounded.

Lying on the grass in front of the Pyramid of the Flowers, Veronica lead a guided meditation. As often happens, I cannot remember a word of what she said. But I remember the moment I awoke in my mind’s eye, dressed for ceremony and part of a grand procession to the base of the steps of the pyramid. I looked down at my beautifully embroidered quechquemitl, and felt the rustle of feathers in my headdress. Heavy stone jewelry weighed on my neck and wrist. I looked up into the sun, watching it descend over the horizon of the snowcapped volcano, Matlalcueitl (La Malinche), Lady of the Blue Skirt.

As is the way with visions, I have memories of participating in ritual and ceremony, being undressed and washed and purified. But the most vivid moment was when Xochiquetzal appeared to me. I knelt before Her, naked. She very gently sang to me and laid me out on my back, my body held by each leaf of all of the plants underneath me. Then She wrapped me in white fibers, enfolding my entire being in a cocoon. I think I remember Her closing my eyes. What I remember most distinctly is falling into the embrace of deep rest.

When Veronica called us back, I was of course reluctant to return. But, as Michael Harner once told me, our job is to go and come back. So I returned to the present moment, still wrapped. And I stayed in that cocoon until a year later, when Xochiquetzal came to me again.

To visit Xochitecatl in person, join Sacred Tours of Mexico for a Women’s Retreat in the Heart of Mexico, Puebla and Cholula November 2017. For more about the sacred side of Mexico, join our Facebook group and sign up for our newsletter.

d winning writer Anne Key is the co-founder of Sacred Tours of Mexico. She has been traveling and researching in Mexico since the late 1980’s. With a Ph.D. in Women’s Spirituality, Anne brings both her expertise and love to each tour. Her dissertation and articles on Mesoamerican Goddesses are frequently cited sources for their feminist focus. She is the author of two memoirs (Desert Priestess: a memoir and Burlesque, Yoga, Sex and Love: A Memoir of Life under the Albuquerque Sun), co-editor of Stepping into Ourselves: An Anthology of Writings on Priestesses and The Heart of the Sun: An Anthology in Exaltation of Sekhmet. She is a co-founder of Goddess Ink.